When the Director of Elections in Colorado comes down from Denver to Saguache County weeks before the national election, it underscores the urgent cry for help being requested. With Donald Trump insinuating weeks ahead of time that the election may be “rigged”, every polling place in the country is on notice to assure an open, legal process. Knowing the scrutiny to come, and the scrutiny that Saguache has had in past elections, Carla Gomez, County Clerk and Recorder, came before the County Commissioners to make her case for support in terms of additional money and personnel. With her was Jed Choate, Director of Elections from the Secretary of State’s office. He put an exclamation point to her request for increased funding, which could be as much as $15,000. It is a daunting cost for a small county like Saguache, but Choate offered cogent details to support Gomez. There are  regulations and required monitoring, as well as the need for experienced personnel.

The request for additional funding takes into account the Secretary of State’s (SOS) election requirements. There must be two election judges present, one a Democrat, one a Republican. Beginning Oct 24 they have been working at the courthouse from 8am-4pm. That includes two Saturdays. On election day, November 8, they are present from 7am-7pm and until all ballots are counted, These judges will handle a variety of voter matters, including monitoring, assuring the process is running smoothly, and answering questions. Voters with special needs, including those with disabilities or the need for language assistance, have the right to ask an election judge to assist them with voting. It is required to pay them $10/hour which is calculated to be $6,000 just for judges.

Gomez has been short-handed in the office. No one on her staff has had election experience and can operate the electronic equipment. Renee Hazard was trained, but she has resigned The person hired to replace her has requested vacation time, leaving Gomez in an untenable situation. The election process is complex and federal law is complicated and requires significant training. The additional funding that she has requested will be used to bring in an experienced election specialist. Working with Carla will be Debbie Rudy, a previous election director from Montrose who has experience running elections. Her presence will assure this election runs smoothly and correctly. Rudy will earn $50/hour plus per diem.

Saguache is not the only county facing a dilemma. Choate has a staff of 4 and they have found counties all over the state hard pressed to meet their responsibilities. These four people are serving 63 counties and spending 4-5 hours a day getting county officials up to speed. In his tenure of four years Choate has found that when someone leaves at an inopportune time it results in an enormous amount of work and uncertainty. To Carla’s credit, she knew she needed help and made it happen. The state will reimburse the County approximately $.90 per voter or $3400.

The Commissioners had a difficult time wrapping their minds around the additional cost being requested. Jason Anderson wondered why Carla couldn’t have given more notice of this. However, Choate informed her only 2 weeks before of the specific requirements she had to meet. Jason’s concern was that small counties can’t afford these rules. Choate explained that it’s not a Colorado rural vs urban issue; the rules have been established nationwide to assure equity and fairness. The fact is that counties pay for elections, and Saguache County has to bite the bullet and come up with the money. After this election Carla and her staff will receive training inhow to work the complex process and machines in the future.

The election judges are there to help voters and poll workers to minimize confusion and delay. They intervene only when necessary to help a voter or poll worker to solve problems as they occur. They ensure that no one is wrongly turned away from the polls. They note problems with machines and help clarify procedures, for instance, what to do if a voter lacks a photo ID. If you go to the County Courthouse to vote, you must be prepared to show a photo ID.

American democracy: how safe is the vote?

“Clerks don’t pray for winners and losers but large margins of victories so there are no recounts!” states Colorado Secretary of State spokeswoman, Lynn Bartels.

Fair and free elections are a hallmark of American democracy. This election season, there have been widespread accusations and allegations about the security of voting technology. An example is the allegation that voter databases in two states were hacked.

Voters face the first presidential election in 50 years without the full protections of the Voting Rights Act, which was designed to prevent discrimination in voting.

We keep seeing the two terms “voter fraud” and “election fraud” being used interchangeably. To clarify, “voter fraud” is the rare occurrence of a voter impersonating someone else. “Election fraud” is voter purges, exit poll fixing, voter intimidation, and manipulation of ballots and ballot tabulation methods.

Voter intimidation and discrimination are illegal acts under federal law. Voters who experience or witness any discriminatory, intimidating, or deceptive conduct should immediately report the problem to election authorities or call 1-866-OUR-VOTE, a nonpartisan voter protection hotline.

For Coloradans, this is the first all mail-ballot Presidential election—a fundamental shift in how elections are managed in Colorado. More than 3,125,300 active voters in Colorado received ballots via the US mail more than three weeks before “Election Day”. National statistics show that more than 40 percent of ballots will be cast, and in many instances counted, well before Election Day.

In Colorado, the decentralized nature of the elections system—each county counts their residents’ ballots—provide some assurance that widespread fraud will not impact Colorado’s national and state races.

Saguache County Clerk, Carla Gomez, in a pre-emptive step, recently requested additional funds from the commissioners to comply with new rules pertaining to mail-in ballots. The expansion of voter registration, walk-in ballots, early voting, signature verification requires in more days to have judges present. In Colorado, the use of bipartisan election judges is an integral part of preventing illegal election practices of voter intimidation, discrimination, or interference with voters’ rights. With mail ballots, some of these protections are removed opening the door for voter intimidation, ballot box stuffing, lost votes, vote buying, and ballot insecurity. As Saguache County is discovering, the cost of running an all mail voting system is actually greater than the use of polling places.

A statewide registration database is essential to the vote verification process. Ballots themselves are anonymous, but residents voting by mail must sign their return envelope. When the process is working correctly, those signatures are reviewed and verified by a bipartisan team against the one on file with the state.

Residents in Colorado can verify and update their information online by accessing the Secretary of State website: www.GoVoteColorado.com. They can also track their mail ballot status online. Or, they can contact the Clerk’s office in the Courthouse.

Coloradans, who prefer, can still vote in person. In Saguache County, the Voter Service Polling Center is the Courthouse. These voters must present a valid ID. Acceptable forms are a driver’s license, a passport, a copy of a recent bill or a paycheck that shows the voter’s name and address.

By state law, computers used to tabulate votes—whether cast on a touchscreen or by paper ballot—are not to be connected to the Internet. Results are transferred from the off-line computers to another system, which uploads the tallies to the Secretary of State.

Despite these measures, instances of election and voter fraud do still occur. Earlier this fall, CBS4 found evidence of several dead men and women voting in Colorado years after their deaths. The Secretary of State’s office confirmed that 78 dead voters were still erroneously eligible to vote—they’ve since been removed from voter rolls.

In the 2016 presidential election, one candidate is warning about voter fraud, while another proclaims that the Russians are interfering.

Almost a century and a half ago, Sen. Stephen Douglas told Abraham Lincoln, who had just defeated him for the presidency, “Partisan feeling must yield to patriotism. I’m with you, Mr. President, and God bless you.”

After the 2000 election, Al Gore said, “Well, in that same spirit, I say to President-elect Bush that what remains of partisan rancor must now be put aside, and may God bless his stewardship of this country.”

The question now, after a deeply rancorous election that has cleaved partisan divides ever deeper, is whether either Trump or Clinton could summon those words about each other after November 8.

What do you need to know?

• The final day to register and receive a mail ballot is October 31.

• Colorado allows same-day registration and voting at voter service polling centers. In Saguache County that is the Courthouse.

• Ballots must be received (not postmarked) by 7pm on Election Day, November 8.

• If returning your ballot by mail, Colorado election officials recommend 68¢ postage or two Forever Stamps when mailing your ballot. The USPS recommends sending it by November 1.

• Ballots can be dropped off at the Clerk’s office or in the secure dropbox located in the parking lot south of the Courthouse. 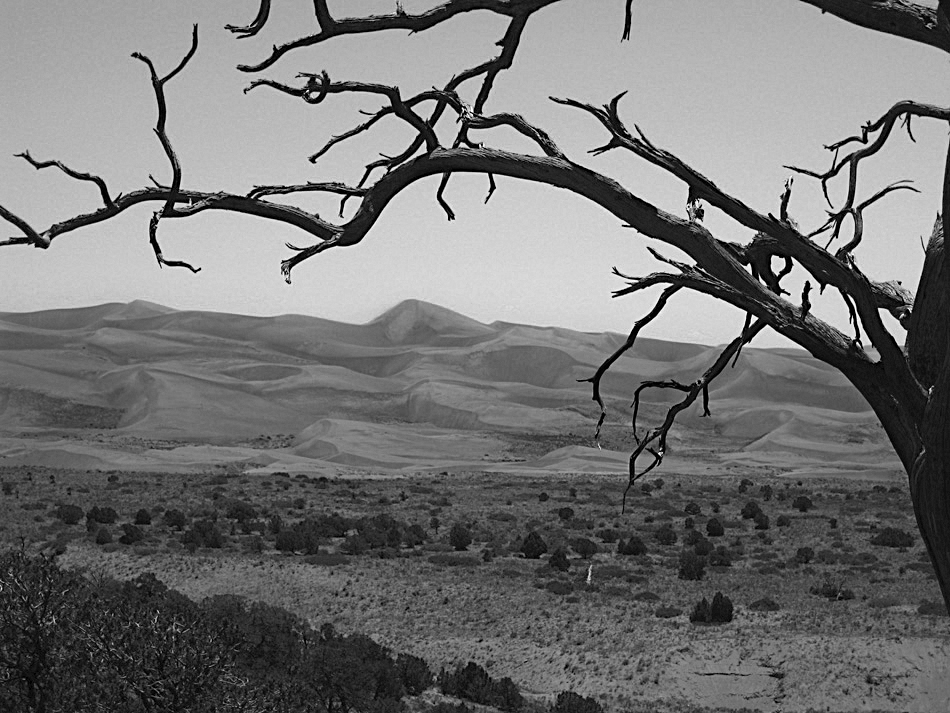 The mysteries of Liberty Trail: On hiking to the Dunes