April 9: For two weeks Mercury will be visible after the fading of twilight on the west-northwest. On April 9 you will find Mercury close to the horizon and to the right of the slender crescent moon.

April 10: Occultation of Aldebaran by the Moon- This is something special!

Aldebaran is the blood-shot eye of Taurus the bull and is one of the brightest stars in our sky. Our Sun would be hardly visible in the skies of a planet orbiting Aldebaran. If Aldebaran replaced our Sun as the center of the solar system it would fill the inner solar system to Mercury. On April 10, Aldebaran will slip behind the dark edge of the crescent moon and remain invisible for an hour and a half. The occultation takes place on Sunday afternoon at 3:51 MDT. You will need a pair of binoculars and steady hands to see Aldebaran in the bright afternoon sky. About 3:45 that afternoon scan the sky next to the dark hemisphere of the moon. (Don’t look at the sun!) By 3:51, Aldebaran will disappear behind the dark side of moon and re-emerge on the bright edge at 5:12 pm. A telescope will give you an even better view of the occultation. Sunset on April 10 occurs at 7:35 pm. This is a great opportunity to see something truly unusual. Jupiter is well placed to view all night long. Mars and Saturn rise late in the night and can be seen high in the sky before sunrise.

When Comet Siding Spring swung past the Red Planet in October 2014, it was an unprecedented opportunity for those satellites that were orbiting the planet to catch a really unusual spectacle. There was a possibility that the comet might even hit the planet, an event similar to what happened on Earth 65 million years ago that zapped the dinosaurs.  Fearful that the comet would release huge amounts of debris into the atmosphere, several orbiting satellites were sent into hiding on the opposite hemisphere. But, it turned out that the greatest disruption to the tranquility of Mars was not an intense meteor shower or even the tons of cometary dust deposited into the atmosphere. It was the planet’s magnetic field that suffered the most.

Besides enabling magnetic compasses to find north, planetary magnetic fields protect their planet’s atmospheres from shredding by the solar wind. This particular comet’s nucleus was a third of a mile wide, smaller than the 6 miles of the dinosaur- busting comet (or asteroid). But, comets have atmospheres or comas, produced by gas evaporating from the nucleus. In the case of this comet, its coma was a 600,000 miles across. Because, the coma picks of scraps of magnetic field as it passes through the solar wind, it was slightly magnetized. Also because the nucleus rotates, it also generates a magnetic field. Neither of these processes should be able to compete with the magnetic field produced by “healthy” planet.  However, Mars has been slowly losing its field because its center has been cooling and no longer is a core of molten iron that could generate a magic field. Dare we say, it’s a dying planet? Much of its atmosphere has been lost because the solar winds tears it away, no longer protected by a magnetic field. When comet Spring came within 87,000 miles of its surface, its coma washed over Mars, reaching or nearly reaching the surface of Mars, and punched the planet’s weak magnetic field, teaching some of off, and sending the rest into violent turmoil for several hours.

Our moon, appearing so bright in the night sky, is actually a very dark place. Mercury is even darker, the darkest of all the planet. The reason has been a puzzle for some time. Now it appears that the surface may be covered with pencil lead, or graphite. Now, thanks to a clever analysis of data, from Messinger, a space craft that was launched in 2004 and spent 5 years orbiting the planet, we may have an answer.

The graphite may date back to the earliest days of Mercury, when a magma ocean covered the planet. Assuming the planet had the same chemistry as it does today, nearly every mineral that formed in the ocean would have sunk to the bottom. There’s only one mineral that would float, and it is graphite. As it cooled, Mercury would have been covered in a shell of graphite perhaps 1 kilometer thick. This is not a place to visit wearing a white astronaut’s suit!

NASA’s New Horizon team has discovered on Pluto what may be a snowy destination for future visitors after global warming has eliminated all the snow on Earth.

One of Pluto’s most identifiable surface features is a swath of dark-colored landmass known as Cthulhu, named after a truly horrible H.P. Lovecraft creature. Personally, I love the reference to these absolutely disgusting Cthulhu, having been a fan of Lovecraft in years past. I’ll recommend reading “At the Mountains of Madness and Other Tales of Horror”. What fascinated me about this story of horror is that is set in deep caverns of the frigid dark wastes of Antarctica, cold, although not as cold a as Pluto.

Although they are bright, these snow caps are probably methane that has condensed onto the high peaks of frozen water ice. Most of Pluto’s surface consists primarily of nitrogen ice along with some methane and carbon. Scientists with the New Horizons satellite team suspect that Cthulhu’s dark surface is composed of methane compounds, which have been changed due to prolonged exposure to ultraviolet light.

That this material coats only the upper slopes of the peaks suggests methane ice may act like water in Earth’s atmosphere, condensing as frost at high altitude Pluto’s surface ranges in temperature from 375 to 400 degrees below zero (Fahrenheit). The extreme cold could cause methane, found only in gas form on Earth, to act on Pluto like water acts on Earth. The pictures were taken more than 21,000 miles above the surface – some of the closest images ever taken of the icy dwarf planet, some of the data dribbling back from the space craft after its encounter with the planet. A very cold wax is going to be needed for skiing those hills. 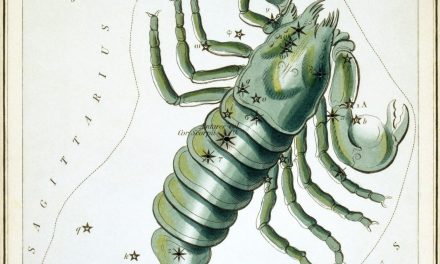