The Annual Meeting of the Baca Grande Property Owners Association took place on November 8, 2012. Three directors were chosen from a slate of six. Two will fill three-year terms, while a third will complete the term of Joy Hill, who has left the area. Russell Schreiber, Matie Belle Lakish and Diana Moats received the most votes and will be the new directors. Over 900 votes were cast, easily meeting the 20% quorum of the 3247 members in good standing

A number of concerns were raised over the form of the ballot/proxy that was mailed to members. The proxy itself was confusing, but what concerned most members is that the Proxy/Ballot had a place for the owner to sign it. Many members feel that their rights to a private vote were not adequately considered. A petition was circulated asking for another election. Although the election will likely stand, the new board of directors will no doubt look at the procedures used and try to work out any problems in the process before the 2013 election takes place.

Wildfire in the Sangres 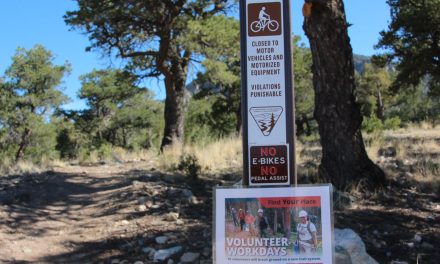