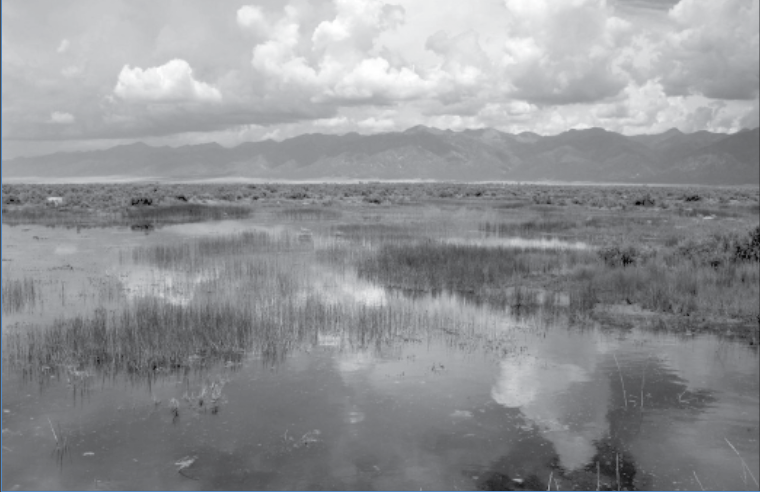 On January 28 the Colorado Field Institute 2015 Winter Lecture Series hosted Laura Archuleta, co-author (with Brian Sanchez) of “The Presence of Endocrine Disruptors, Pharmaceuticals and Personal Care Products on the Baca and Monte Vista Wildlife Refuges”, speaking to an audience of about fifty persons.  Archuleta spoke on the results of recent investigation of pharmaceutical and personal care product chemicals that humans have introduced into the refuges.   Archuleta is an Environmental Contaminants Specialist with the US Fish and Wildlife Service.

Pharmaceuticals (prescriptions and over-the-counter “OTC” products) and personal care products that improve the quality of our lives (such as shampoo, soap, moisturizers, hair color, toothpaste, cleaning products, and caffeine), referred to as PPCPs, are just a few of the 60 million commonly available chemicals, only some of which are regulated. They can end up in water, soil, sediment, dust, and rain or snow from origins as varied as waste water treatment plants, septic systems, bio-solid applications (sewage sludge), livestock (both confined feeding and pasture), and aquaculture facilities.

Concerns over such contaminants are: 1) they are produced in very large quantities, 2) none are currently rated as pollutants, 3) they can be biologically active, 4) sewage treatment plants are not required or designed to remove PPCPs, 5) developing resistance (antibiotics), 6)  additive, synergistic or antagonistic effects, 7) unknown risk to aquatic life, and 8) potential impact on aquatic organisms at fairly low levels (such as alteration of escape behavior, decreased sperm, and feminization of male fish).

The question becomes, what potential issues arise from very low concentrations?  “The dose makes the poison” is classic thought but endocrine disruptors produce non-monotonic (inverted U) non-linear hormone response at different concentrations.  Low dose effects are remarkably common in studies of hormones and Endocrine-Disruption Concentrations (EDC’s).  “Timing of exposure is profoundly important to detect low dose effects of EDCs.”  Also, non-monotonic response does not fit into regular testing by agencies like the EPA.

Archuleta stated that one needs to keep in mind that the concentrations are low (parts per trillion) which can be visualized as a one-foot-square floor tile out of the state of Illinois, or one second out of 32,000 years.  The effect of contaminants on humans is a source of much controversy in the scientific community, resulting in articles and rebuttal articles.  Currently, a giant five-year study is underway, begun in 2012-13, to attempt to neutrally find conclusive results uniting field research and cellular research concerning the effects of contaminants.

The Baca study looked at the presence and distribution of PPCPs and their potential impact on fish.  Methodology was two-fold:  water samples (a “grab” or snapshot in time) of six creeks feeding into the Baca and the Aspen Waste Water Treatment Plant outfall, and polar organic chemical integrated samples (POCIS) at four sites (exposure over 30 days).  One hundred twenty analytes (components) were quantified but not all were at levels high enough to be detected, such as Hormone Replacement Therapies (HRT) prescriptions or PPCPs (Personal Care Products); the resulting 45 detected chemicals were placed in 16 different groups.  Gonads and livers of fathead minnows, Rio Grande chub, and suckers were examined for histological and gene expression analysis by a graduate student.

Many of the chemicals photodegrade very quickly (half life of hours, such as triclosan) once entering the outdoor light of sewage plants.  Other contaminants have a half life of days, such as caffeine or DEET (insect repellant).  The concentrations varied drastically, but DEET was found everywhere.  Even five years ago, methodologies to test these analytes (components) weren’t even available.  Prescription drug analytes are found as a result of human consumption of the Rx’s and then their being excreted in urine and feces, not just from throwing away unused Rxs.

Mixtures of PPCPs were found at low concentrations in all the creeks.  The POSIS most frequently detected prescription drug analytes at all fish sites; caffeine, triclosan (antibacterial soap), and DEET were found in the highest concentrations. Triclosan has been shown to be an endocrine disrupter in the parts/million range.

The grad student found histological findings in fish gonads that were similar at all sites.  The results were the same for the reference site, so cannot be attributed solely to PPCPs.  Some of the gene expression analysis indicated potential exposure to estrogenic compounds.  The lab study suggests antagonistic effects with the mixture (“funky things going on,” in other words) so more research needs to be done.  So the question arises, what do we study the most?  An audience member asked if it were known what part of the light spectrum could be best used to break down analytes; this is unknown.  Research invariably leads to more research possibilities.

This study was done in 2014 to determine what PPCPs are present at the refuge.  POSITs were deployed at four sites.

All the water at the Monte Vista Refuge comes from the Rio Grande River, from its headwaters downstream through South Fork, Del Norte, and part of Monte Vista, via Empire and Monte Vista Canals.

Contaminants of Emerging Concern (CECs) are probably widespread and severely increasing with population growth.  Ecological risk assessment should identify vulnerable park (concentrated) areas.  Their sources should be defined as well as their degradation to inform future decisions on source reduction/removal. Archuleta stressed that no one has the final answer.

What can you do?

We as individuals can choose to act on some choices such as reduction or removal of these substances from our daily lives:  (1) do not use products containing triclosan (antibacterial soap and some toothpastes – read labels); (2) use BPA-free food containers and be aware that BPA is present in products like the lining of canned food; (3) avoid products with preservatives; (4) switch to cleaning products that don’t contain BHA or methylparaben; and (5) eat fresh foods. A conversation of prescription drug “take back” programs came up in later discussion as a future public participation possibility.

Archuleta was asked if a study of the Alamosa Wildlife Refuge is forthcoming; she stated their proposal for 2015 was not funded but will be re-submitted. Also asked was how long it would be for the scientific community to see if wild birds or the food chain is affected.  Archuleta referred to the study of osprey in Chesapeake Bay which showed the birds had “hits.”  She again referred to the ongoing study which includes cellular research in labs as well to neutrally help find answers to contaminant effects on humans; cellular research is more related to human health.

This study is important in providing a baseline for future research, for future funding, and for looking at the food chain, and research will be one step at a time.  What happens now is predisposing the next generation, an audience member suggested. Individuals can address what they spend their money on, Archuleta suggested.   Audience questions included the puzzling finding of Atrazinel since it has not been commonly used by valley farmers for decades.  The Monte Vista Wildlife Refuge was a ranch until 1952 so perhaps it had been used there historically and is still present in the soil.  An audience member wondered why we should worry about such low concentrations.

Archuleta’s response was threefold: 1) feminization of male fish and visa-versa, female to male; 2) exposure from outfall in large metropolitan areas is 24/7; and 3) chronic exposure to PPCPs and metals—essentially, what will be the straw that will break the camel’s back?

Audience members added that low doses of contaminants such as DEET may accumulate in fatty tissue; contaminants may be triggers.  Studies in remote areas of Colorado such as Telluride were suggested; Rocky Mountain National Park, the South Platte, and Boulder Creek have been studied.  Restoration projects have been successful.

How we move forward with this information remains the ongoing task, and it is important to have a baseline for the future. 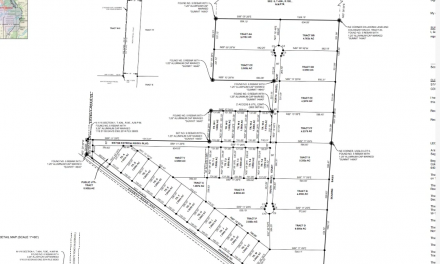