Yeah! We got headliners! Crestone Performances Inc. is proud to announce that the headliners are booked for the 17th Annual Crestone Music Festival. The festival will be held at the Baca Grande Golf Club in Crestone Colorado August 7, 8, & 9. It’s a three-day, two-stage, multi-genre, multi-cultural event with a Kids’ Zone, family activities, all-age contests, arts & crafts, international cuisine and great libations. So the headliners are . . . drum roll please:

Friday night will feature the return of a crowd favorite from 2010, Lunar Fire, who take audiences to new heights with spectacular dance and musical performances. Pre-Columbian flutes, multilingual vocalists, powerful drummers and a wide range of bass and guitar styles tell stories reflected in dance. Aerialists fly and drop from the sky; multiple dancers meld into one multi-armed being; paintings come to life, mysteriously hovering in the air. This is a multimedia trans-cultural musical spectacle whose aim is to inspire, connect and empower people to create positive change in the world. World-class musicians glide smoothly from structured song to improv, exploring Latin hip-hop, tribal drumming and gypsy rock. Lunar Fire originated in 2002 on Lake Atitlan in Guatemala. Multiple members of Lunar Fire have toured over a decade together in various projects, played at hundreds of festivals and eco-communities, and have traveled deep into the jungles of Hawaii, southeast Asia, Mexico and Central America. This should be a very unusual and fascinating show.

Saturday night will also be extra special with 5-time Grammy-nominated renowned guitarist Robben Ford. Robben began his career supporting harmonica virtuoso Charlie Musselwhite. Later, Robben played with blues giant Jimmy Witherspoon on festival stages. In 1974, Robben joined the historic fusion group Tom Scott & The L.A. Express and began touring with Joni Mitchell. Later that year ex-Beatle George Harrison enlisted Ford and Scott to join him on his Dark Horse tour, which was followed by more touring with Joni Mitchell. Ford went on to record and tour with the likes of Bonnie Raitt, Bob Dylan, Phil Lesh and a host of others including Ruthie Foster, our headliner last year. By the time he joined the Miles Davis group in the ’80s, he’d developed a signature approach based on an axis of blues, jazz, pop and rock. Since leaving Davis’ band, Ford has primarily forged his own path—touring and cutting a series of various albums. His latest release, Into The Sun has met with widespread critical acclaim. Robben says he got in a flow where he could, “bring some of the best songs I’ve ever created to life.” “For me,” Ford says, “it’s all about the art. If you work hard at something you’re going to get better.”

Sunday features the legendary Irish/American rock force, the Young Dubliners. These guys are quite possibly Celtic rock’s hardest working band, playing hundreds of shows to thousands of fans across the US and Europe every year. In recent years they have twice appeared on ABC’s Jimmy Kimmel Live!, had songs featured in TV shows and toured extensively as a headliner and as the opener for such a diverse list of artists as The Flaming Lips, Collective Soul, Jethro Tull, Johnny Lang and many more. The Young Dubliners consider themselves to be ambassadors of Celtic and American rock. The band members’ dual Irish and American heritage has always resulted in a distinctive and richly varied musical palette. “We’ve always defied pigeonholing because our sound is the grooving result of Irish and American guys coming together and drawing from a little bit of everything.” They happened to be passing by—we’re their only show in Colorado—and what a cool treat to end the weekend.

Other acts booked at this time are Intuit, a big hit last year; Todo Mundo, an Afro Latin 8-piece from San Diego; and the Rifters, featuring Don Richmond. Be sure to check out the May Eagle for more regional act information. 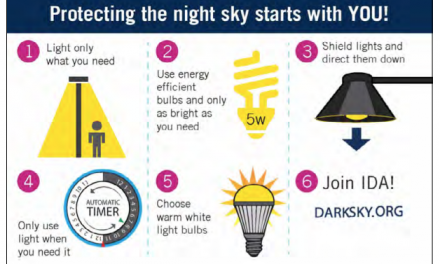