Parts of Saguache County still listed as ‘extreme’, most of SLV is ‘severe’

Until late June, hot, dry conditions prevailed in Colorado and the entire San Luis valley, typically the dryest part of the state.  Last month cooler weather and some rain arrived, but it will take much more over much longer periods to replenish water levels in aquifers that have been declining for years (see graph and related article on page B-6).

Northern Saguache County is in “extreme” drought or D3 conditions,  while for the rest of the valley the drought is considered “severe” or D2.  The regional weather outlook for the last week of July called for up to an inch of rain, but early August was expected to be dry, with temperatures above normal. While the short term outlook for the San Luis valley included some rain, the US Drought Monitor report as of July 24 showed all of Colorado in drought, whereas a year ago 70 percent of the state was dry and much less of it was under severe or extreme conditions.  On July 22 the US Department of Agriculture (USDA) reported that 75 percent of Colorado’s  pasture and rangeland was in poor to very poor condition. For the US as a whole, that figure was a record-breaking 55 percent. Soil moisture was rated short or very short in Colorado as well as neighboring New Mexico and Wyoming.

According to a report by Taryn Hutchins-Cabibi of the Colorado Water Conservation Board (CWCB) in the July 25 issue of the Valley Courier, a presidential “declaration for drought was issued for 62 or [sic] 64 counties in Colorado” and “the governor has activated the State Drought Mitigation and Response Plan” which facilitates communications among agencies addressing drought conditions. Effects of drought are being examined by the CWCB and Colorado State University (CSU). Despite last year’s very dry conditions, many crop yields were up slightly, but hay production was six percent below average.  The higher commodity production increased economic activity in the Rio Grande Basin by some $5million, reflecting that “dryland acreage, often the hardest hit during times of drought, represents only 10 percent of acreage in the Rio Grande.”

The ongoing drought and already-active fire season in Colorado raise concerns about fire protection, drinking water supplies, and sustainability of domestic and irrigation wells. CWCB provides grants for drought planning and implementation with guidance documents and sample plans available at http://cwcb.state.co.us.  CWCB will also host a drought conference September 19-20 in Denver on the theme of “Building a Drought Resilient Economy through Innovation.” 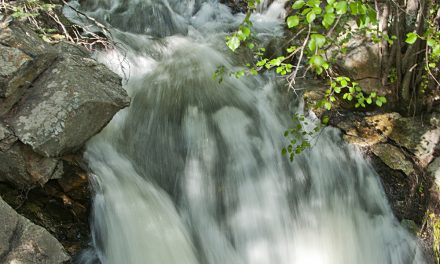