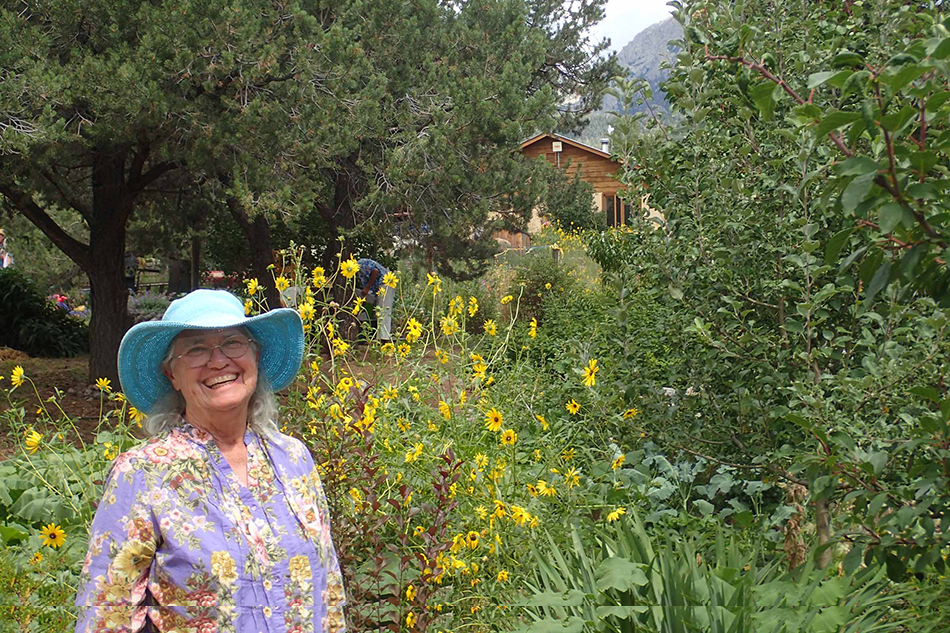 Yes, local temperature increases are having a major effect on local gardening. First, I must explain a little about plants, so we can see why this is so (and because I am a botanist and a student of plants). Plants are sentient beings. They employ sophisticated means of measuring their environments and even have limited means of “remembering” those sensations. They measure day length with reference to an internal clock, much as we do, and different plants respond to shortening and lengthening days (actually nights). They sense temperature through their metabolism. Temperate plants require a reduction in temperature during the autumn to get ready for winter (hardening). Then they require a period of low temperature for dormancy. All of this prepares them for growth the next spring when a minimal temperature is reached. Their response to temperature is coordinated with their day-length detection.

Plant change to these cues, technically called phenology, is their behavior—the way they alter the opening of buds to produce leaves and flowers in the spring, later the ripening of fruit, and the fall of leaves in the autumn (or earlier from the stresses of temperature and drought).

The questions are, then, is it getting warmer here in Crestone, and are our garden plants responding to this change? The answer is a resounding yes! Anecdotally, old-timers remember the bitter winters with days of below -25° Fahrenheit and cool summers with temperatures very seldom reaching 90°F—weather we no longer experience. Nationwide, experts have calculated an average temperature increase of 1.5°F in the past 100 years; with greater effects in the west, in Colorado the temperature increase is estimated at 2°F in the past 30 years. These records are statistically analysed from hundreds of stations, with estimates for the end of the 21st century (but depending on our behavior) of up to 6°. It is not possible to find such changes from a single station, even with the extensive records that Keno has kept in Crestone. In fact, he began his observations in 2007, adding on to 25 years of earlier observations at another location 1,000 feet higher. Phenological observations of Colorado plants are hard to come by, although the Denver Botanical Garden has started a program of leafing and flowering of trees, and the Rocky Mountain Biological Laboratory, in Gothic (just north of Crested Butte, and where Vesper Gers grew up) has established a program to observe flowering times of the alpine flora. This compares poorly with Thoreau’s early observations of wildflowers opening around Walden Pond, when flowers in the 1850s on average bloomed 20 days earlier than in 2012.

Global warming affects two assessments gardeners and farms use to time their activities. First is the measurement of degree-days, which is an average daily temperature in relationship to a base temperature. Plants pop up, and insect eggs hatch, at a critical degree-day-totals. Second, the USDA publishes hardiness zone maps to guide gardeners in their selection of crops. These are based on extreme minimum winter temperatures, and zones are in increments of 10°F. Crestone and the Baca look to be at 5b now (-10 to -15°F) but it was probably a harsher place 30 years ago, perhaps at 4b. Parts of the valley, where lower altitudes collect colder and denser night-time air, are presently in zones of 4b.

To report on climate change effects on local gardens I interviewed three gardeners, each with at least 30 years of gardening in the area: Kizzen Laki, Matie Belle Lakish and Tom McCracken. Tom and Lillian McCracken started gardening near Saguache in 1982 (Green Earth Farm), and they now farm near the mouth of San Isabel Creek, a bit north of Crestone. Kizzen moved to Crestone in the mid80s, and Matie in the early 90s. Kizzen’s & Janet’s large garden in Crestone is tended with help from several friends, and Matie Belle’s garden is in the Baca, in Chalet I. There was good agreement in their observations.

First, the earliest date for planting gardens is now about two weeks earlier, and the final date for harvesting most vegetables is about two weeks later, compared to 30 years ago. This means the growing season has increased by a month (no more snow storms in May!). Tom thinks it may be even longer, like 5 weeks. This means that 90-day restriction on selecting crops and varieties has enlarged considerably. Now, tomatoes can be grown outside; sweet corn and winter squash are also possible. The range of varieties of different vegetables we can now grow is also much greater.

Second, the higher temperatures (low 90’s) in midsummer along with dry winds are stressful for many crops. They may benefit from shielding by light cloth during July. Kizzen uses taller plants in her garden to shade more tender and shade-loving veggies. Matie Belle takes advantage of a few trees growing within and around her garden.

Third, the timing of early and late killing frosts may be even more variable than before, increasing the likelihood that growing plants are damaged if not protected. This may be a particularly difficult challenge for fruiting trees and shrubs. Although they may be retarded in bud opening by the milder winter chilling season, the milder springs compensate; fruit trees in the west are opening their flowers about one week earlier than 30 years ago. That makes the flowers more vulnerable to early frosts, with no or few fruits produced. On the other hand, the generally milder growing season has allowed the introduction of more apple varieties, apricots, peaches and even cherries. This past fall Tom harvested a flat of raspberries from his plants on October 21.

Global warming has also affected pest problems in our gardens. Matie Bell has observed earwigs and harlequin beetles in recent years. Tom has more problems with aphids on his fruit trees now. The biggest problem, by far, is the expansion of the rock squirrel into the valley from the south. These large animals (thick bodies 10-11 inches long) are voracious consumers of most garden plants. Although terrestrial, they can climb trees and consume the fruits; Tom observed all fruits from a single plum tree, at his farm on San Isabel Creek, removed by a rock squirrel in less than a day. The only solution to these animals in town and the Baca is to remove them by trapping.

We can only speculate about the effects of other wild animals on our gardens and surrounding woodlands. As minimum winter temperatures increase, bears come out of hibernation earlier (1.5° F warmer, one week earlier in Utah). Bears may come out when there is little food for them to consume, and they will visit our gardens as we get them started. If fruiting shrubs are harmed by earlier flowering and frost damage, there may be less food for bears later in the year. Perhaps the young mule deer will suffer less mortality during the milder winters and become more voracious consumers of gardens and woodland shrubs during the summer months.

One thing is certain from global warming and climate change in general. Many unexpected links will be revealed, and unexpected affects be felt in our gardens as temperatures continue to increase.

As the Worm Turns: Saguache hollyhocks 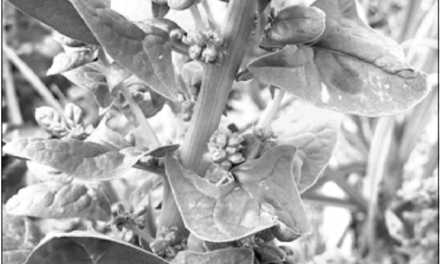 As the Worm Turns – Taking stock