Members of the National Park Service, US Fish & Wildlife Service, US Forest Service, and the Nature Conservancy hosted a public meeting October 18 at the Desert Sage. About 30 residents of the area attended.

Steve Chaney, the Superintendent of the Great Sand Dunes National Park and Preserve gave an update to those present. Currently, the lands south of the subdivision have been transferred to Park ownership, and Gary Boyce of Vaca Partners has been given ninety (90) days, starting from September 15, to close down operations. Signs defining limitations on access have been installed at various access points along the southern boundary of the subdivision.

Park Rangers have already begun the process of approaching residents along the boundaries in order to request assistance in identifying problems with trespass. Administrative access will be at the south end of Camino Baca Grande (the old Liberty Postal Road). Some backhoe work will be required for 4WD access, which will be taking place sometime in the next few weeks.

Northern access
People in attendance had a wide variety of questions, but of primary concern was northern access to the National Park and where that access would be located.

Possibilities for access that came up at the meeting were:

• Using the secondary access deeded to the POA in 1971, which would skirt the western edge of Chalet I and lead into the north edge of the Grants;

• Using access through the current ranch headquarters along the entire western edge of the Grants;

• Using the southern portion of Road 66T, also known as the Lexam Road, to the Alpine Camp;

• Access around Hooper, but the cost of constructing 17 miles of road could be prohibitive;

• The roads within the subdivision are still listed. The Park Service and other agencies have heard our concerns.

When queried as to why not just removing roads within the subdivision as an option, Mr. Chaney indicated that they were covering all bases, leaving it on the books to show that it had been considered and rejected. He indicated that the survey response on management alternatives showed strong support for maximizing wilderness.

The Baca Refuge
Mike Blenden, District Manager of the US Fish and Wildlife Service, prefaced his comments with the statement that natural resource management is primary to the function of all federal agencies and The Nature Conservancy. Planning for access to the Refuge has been inhibited by no access or limited access to the Baca Ranch until very recently. Plus, the inclusion of various agencies with different objectives has made decisions related to access interesting, to say the least.

Mr. Blenden said that the Fish & Wildlife Service has filters for considering access—wildlife dependent uses such as wildlife viewing, hunting, fishing, and photography. He stated that Fish & Wildlife would not create a road just for vehicle access to the National Park. Public vehicle (2WD) access to the Ranch would require substantial improvements. Current roads, with the exception of the Lexam Road, are unimproved. Public access without improvements would result in substantial resource damage.

Since it is a real possibility that any trailhead for access to the National Park will be located on the Refuge, Mr. Blenden has been giving some consideration to what factors could affect that decision. The Refuge has the option of creating usage patterns based on seasonal use of existing roads to minimize damage, or limiting numbers of vehicles or the types of vehicles. The planning process has not yet begun for the Baca Refuge.

Water
Robert Philleo brought up the question of whether or not the Federal Government would be selling the water rights to the Baca Grande Water and Sanitation District. The District currently has a water service agreement with Cabeza de Vaca. Under the legislation, the federal agencies are required to honor this agreement. Currently The Nature Conservancy is the owner of the rights. Upon final purchase US Fish and Wildlife will be the primary owner. No plans are currently being considered to change the existing usage.

Access and parking
When the north boundary of the Park opens on December 15, residents at the south end of the subdivision have real concerns about road usage and parking of cars, as hikers set off across newly opened territory. It is clear that regardless of access decisions made by federal agencies, the subdivision (or County, which has not been asked) will have the responsibility for enforcement within the subdivision boundary. The agencies represented only have jurisdiction outside the subdivision boundary. All three agencies and The Nature Conservancy are interested in cooperation and supporting the residents of the Baca Grande in their decisions relating to access. Those decisions just need to be made.

Some discussion ensued as to whether or not roads within the subdivision that extend to the boundary could be vacated by the County and what benefit that would yield to residents. Also whether or not the Park Service could assist by providing parking areas just across the boundary.

Parking and trailhead access
Tom Goodwin, of the US Forest Service, reported that his agency is in the process of applying for a planning grant from GOCO. Specifically, the concern already exists about access at Spanish Creek and Cottonwood Creek. His experience shows that planning is better to minimize impact and stressed that funding is key to the planning process.

Members of the audience stressed the importance of protecting the spiritual centers and their activities in the community, including honoring the long-term commitment of individuals in the community to create these centers.

The US Fish and Wildlife Service does allow hunting on its lands, and of primary concern is providing access to the Forest Service lands south of the subdivision.

Residents of Hooper that were present stated that they had no particular desire to drive across the sand sheet, but would like access to the mountains for hunting and fishing. They remembered years ago being able to cross on two track roads and had the final word of the meeting: “There’s nothing out there but sand.” 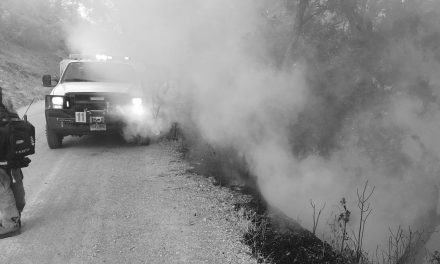 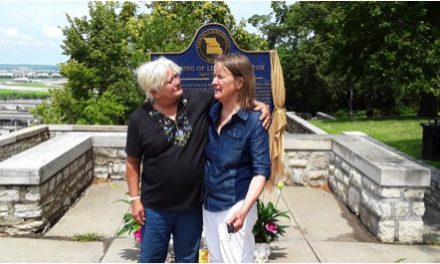 Sustaining life on earth is our responsibility