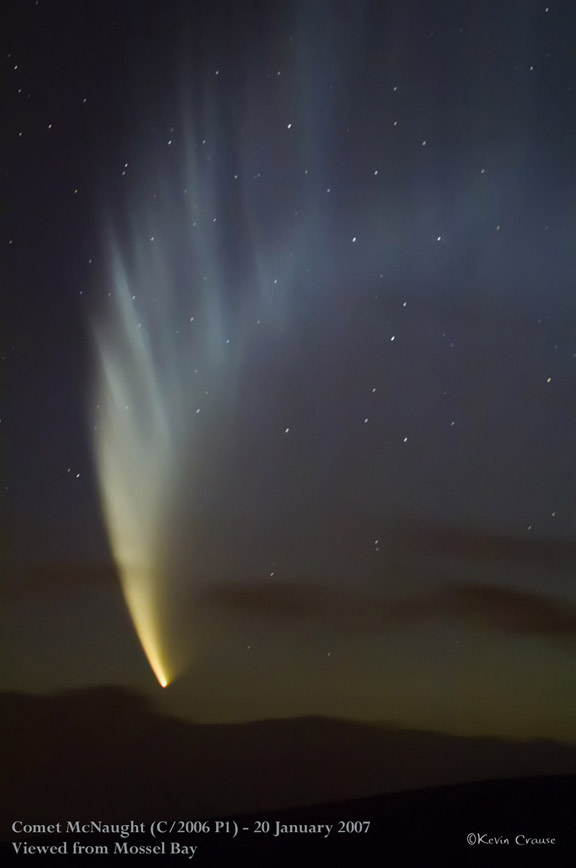 Venus dominates the evening skies, remaining visible until 11:30 at the start of the month. But, once achieving its greatest height, it falls rapidly throughout May. At the start of the month Venus is 36° above the horizon, and at the end it will have fallen to 6° above the horizon. At that time it will be slender crescent, easy to see in binocu- lars and perhaps even to those with 20/20 eyesight. Give it a try.

Venus is in Taurus. Mars is in Leo and Saturn is in Virgo. Together with some bright stars (Reglus, Spica, and Antares), these planets line up along the ecliptic.

May 3: Look to the east for the moon flirting with Saturn and Spica.

have an an- nular e clipse!

May 20: Annular solar eclipse because the moon is close to apogee and too small to cover the sun. It will be a partial eclipse in Cre- stone, but further south in Chaco Canyon or Albuquerque the moon will be completely within the orb of the sun. The last time we had an annular eclipse anywhere in the Continental U.S. was 1994.

May 21: The moon is moving out of its new moon phase and is visible as a very slender crescent below Venus in the west, some 15 to 30 minutes after sunset.

May 22: The moon has moved upward so that it is in line with Ve- nus and El Nath, low on the western horizon. El Nath, “the Butting One,” is one of the horns of Taurus the Bull.

Mercury has been suspected for some time, but the satellite Mes- senger, which is orbiting the planet, has recently spotted bright radar reflections from the dark interiors of craters near its poles. These are places that have not been hit by light of the sun for billions of years. Temperatures in these regions hold steady at a chilly -280°F.

Where did this water ice come from? Mercury was born from hot debris near the sun, from which all water had evaporated. The most likely sources of ice are comets that hit the planet some 3.5 billion years ago. Comets are great hunks of ice, interplanetary ice bergs; only a few such ice bergs colliding with Mercury in the early days of the solar system would explain this ancient ice. The nucleus of Comet Hartley 2, for instance, consists of 300 million tons of ice, more dan- gerous than the iceberg that sunk the Titanic.

There is considerable irony in the fact that our sister planet Ve- nus is hotter than Mercury. Global warming has been disastrous for Venus. Carbon dioxide in its at- mosphere has produced a runa- way greenhouse effect, raising the temperature to over 860°F. Comets must have brought water to Ve- nus and formed oceans similar in size to those on Earth. But, global warming evaporated all its water.

Born in the fire of the inner solar system, the Earth probably lacked indigenous water. Here, too,

Comet McNaught. Gas and dust pour out of the nucleus when it is near the Sun. photo by Kevin Crause

around the solar system in its early days could have filled the oceans of earth.

The amount of heavy water (in which hydrogen has an extra neutron) compared to that of ordi- nary water can help us sleuth the source of our precious stuff. Uni- formly throughout our oceans and our aquifers there are 1558 mole- cules of heavy water per 10 million molecules of water. This may seem like a small matter, but ordinary comets contain twice that amount of heavy water. Hence the famil- iar comets of history don’t cut it. But comet Hartley 2 (described as

The nucleus of Comet Hartley, 1.4 miles long, consisting of some 300 million tons of

May 5: The largest full moon of the year, when it is close to peri- gee, some 14,000 miles closer to the earth than average. It will be some 10% brighter than average. It will probably not detectable without a light meter, but it will be worth viewing. The fascinating aspect of this large full moon is the new moon that arrives in two weeks. At that time it will be at the other side of its elliptical orbit and therefore farthest from the earth and small- est. In two weeks the danger season for eclipses arrives and—voilà—we

May 28: Look for the moon close to Mars

Ice on Mercury, water on the Earth

Mercury is the closest planet to the sun and in its brilliant sun- shine the temperature at its equa- tor reaches 810°F at noon. Oddly enough, on this planet where lead melts at noon in the sun, there are places in its polar regions where water ice is hiding. Polar ice on

Recent radar images of Mercury from the space craft Messenger. The bright radar reflections from inside of craters appear to indicate ancient water. Ice is present in those portions of the craters that are always in shadow. The large crater in the center is named for the photographer Alfred Stieglitz. Arrows were added as enhancement by The Crestone Eagle to better show reflective areas in craters. photo courtsey NASA

comets may have carried water and transformed us into the blue- green gem that we are. Only a frac- tion of the trillions of comets flying

cross between a bowling pin and a pickle) comes to our rescue. Hart- ley 2 was the target of the Deep Impact spacecraft, which was able to approach within 430 miles of the comet in 2010. Just recently anoth- er spacecraft, Herschel Space Ob- servatory, measured the vaporized water pouring out of its nucleus and discovered it contains half as much heavy water as other com- ets: almost exactly the same ratio between heavy water and regular water as found in Earth’s oceans: remarkable! What makes it even more interesting is that Hartley 2 came from the Kuiper Belt, the re- gion of icy objects orbiting the sun just beyond Neptune. That’s the place, you may remember, to which ex-planet Pluto has been banished. Congratulations Pluto, you are in- deed in good company. 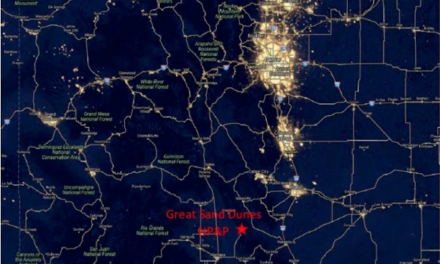