The biggest planet spectacle occurs in the east before dawn where Jupiter rises around 3am to be followed by brilliant Venus and dimmer Mars.

November 2-4: Mars and Venus move close to each other on these three mornings. Jupiter lies above and to the left.

November 7:  A waning crescent moon is close to Venus, forming a triangle with Mars.

November 17-18: The Leonid meteor shower, best viewed between midnight and dawn. Sometimes the Leonid meteors fill the sky with falling stars (or falling coyotes according to some myths) but probably that will not happen this year. In any case, if you see one, try to trace it back to the constellation of Leo.

The possibility of finding evidence for ancient life on Mars has been given a great boost recently with dramatic findings by the Curiosity Rover and NASA’s Mars Reconnaissance Orbiter. Now with discoveries of water streaks, which grow and fade, the possibility that life exists on Mars today does not seems too outlandish (pun intended).

A series of lakes within the 96-mile-wide Gale Crater appear to have persisted for perhaps tens of millions of years. Although these individual lakes were apparently transient, drying out and filling up repeatedly over time, the overall lake-and-stream system inside Gale Crater may have existed long enough for primitive life to form in them. This would have been a suitable habitat, which was perpetually wet and would have allowed microbes to be sustained.

Curiosity has been exploring the interior of Gale Crater since August 2012, when the car-size rover landed on a mission. Pictures taken by Curiosity shows evidence of rivers, deltas and lakes within Gale, which is thought to have formed after a massive impact about 3.8 billion years ago. Streams carried sediments from the crater’s northern rim and walls down to the floor. The central lake in the crater was perhaps 30 to 60 feet deep. Water flowed from snow that had collected on the northern rim of the crater, which was adjacent to a major ocean.

The shape of some Martian pebbles suggests these rocks once rolled miles down a river, hinting that ancient Martian waterways were stable and not merely ephemeral streams. Rounded pebbles appear to have lost about 20% of their volume. When the reduced Martian gravity is taken into account, which is only about 40% of Earth’s, the pebbles had traveled about 30 miles from their source.  That’s more than a trickle of water.

We have long known that large amounts of water remain, frozen solid in the polar ice caps. But on this surface of this cold planet, the presence of liquid water has long seemed unlikely. There have been fleeting hints of recent liquid water, like fresh-looking gullies, but none have proved convincing. Now watery streaks (now called slope lineae—yes it’s an awkward word, but they are trying to avoid interpretation) have been found. They grew in length during the summer, faded as temperatures cooled, and then reappeared the next year.

The nature of these streaks have been identified from a safe distance by the Mars Reconnaissance Orbiter. They appear to be produced by molecules of calcium perchlorate. These perchlorates boost the chances that microbial life exists on Mars, but these highly caustic chemicals are also perilous to the health of humans who might visit the planet in the future.

It’s a good news, bad news thing. Microbes on Earth use perchlorate for an energy source. When there’s too much perchlorate in drinking water, microbes are used to clean it up. But they are poison for humans. Probably present in dust particles, perchlorates would be disastrous if ingested. Suites would need to be left outside any living areas on Mars.

The perchlorate salts lower the freezing temperature, and the water remains liquid. The average temperature of Mars is about -70°F, but summer days near the Equator may reach 70. The water producing the perchlorate brine may be coming from underground aquifers, frozen during winter, melting during summer and seeping to the surface.

Even though these recurring water streaks are the best locations for finding life, NASA has no plans to get a close-up look anytime soon. They are identified as restricted regions that NASA’s current robotic explorers are barred from visiting because the rovers have not been thoroughly sterilized, raising the possibility that they might be carrying microbial hitchhikers from Earth, which could contaminate Mars. Of the spacecraft that NASA has sent to Mars, only the two Viking landers in 1976 were baked to temperatures hot enough to kill Earth microbes. NASA’s next Mars rover, scheduled to launch in 2020, will not be sterilized because it requires electronics and systems that can withstand the heat of baking (no soldered connections allowed), adds to the cost and complicates the design.

In selecting the landing site for the 2020 rover, the space agency is ruling out places that might be habitable, such as these water streaks. This prohibition may apply to the Curiosity Rover which is slowly moving toward two candidate streaks that have been identified on the mountain in Gale Crater, which NASA’s Curiosity Rover is now exploring.

The Curiosity team could decide to approach the streaks without driving onto them. If it gets within 20 meters, the streaks could be zapped with a laser, which could identify the material and Martian microbes by vaporizing them. Wow, here is a fascinating moral dilemma dealing with the sacredness and uniqueness of Martian life! They could even drive the rover onto the streaks, scoop up some of the wet soil, and bake it inside the vehicle. That would not be too different from explorers in the past encountering remote tribes in the Amazonian jungle. The result could not only murder some Martians but result in irreversible contamination of Mars. 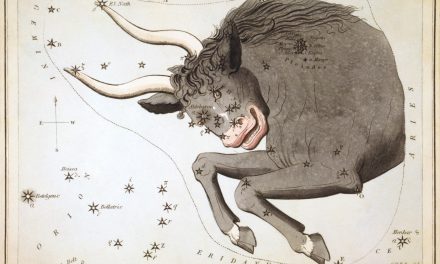 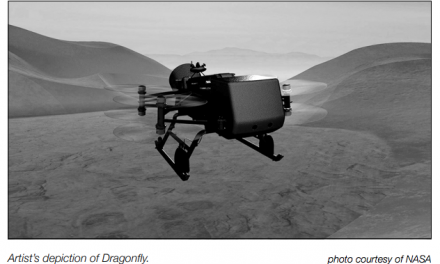