After the Treaty of Guadalupe Hidalgo (1847) ended the Mexican American War, vast territory now known as the American Southwest opened to development (some would argue exploitation) and settlement. Native Americans and former citizens of Mexico occupied these newly won lands, the Mormons claimed Utah, but there still was room for more, and plenty of natural resources to stabilize and give hope to a nation about to embark on a bloody and divisive Civil War.

From the 1851 settlement of San Luis, the oldest town in Colorado, by settlers from Taos and Las Vegas, New Mexico, agriculture has been a primary economic activity of the valley. In fact the first irrigation ditch was the San Luis People’s Ditch constructed in 1852. The livestock industry began with early Mexican settlers in the 1840s. Primary crops in the valley were wheat, corn and alfalfa. An agricultural review from 1879 counted 145,000 sheep and 35,000 cattle. There was a ditch boom in the 1880s when irrigation canals became a popular investment for Eastern capitalists. The Travelers Insurance Company of Connecticut gathered investors and built the Monte Vista and Travelers Canals on the west side of the valley.

The promise of agricultural income coupled with mineral wealth from gold, silver and iron mines in the area made the valley fertile ground for investment by a new breed of adventurous capitalists, called by some “robber barons”. These financiers often came from humble backgrounds. They pulled themselves up by their boot straps and accumulated great wealth in their lifetimes by taking outrageous chances. Colorado had its share of these bold entrepreneurs. David Halliday Moffat (July 22, 1839-March 18, 1911), a Denver financier and industrialist, was a mover and shaker of this time who had the greatest effect on our neck of the woods. Moffat County in northwestern Colorado, the Moffat Tunnel and the Town of Moffat all bear his moniker. He may well have spent upwards of fourteen million dollars on his vision of a major railroad running from a hub in Denver to the west coast. Moffat served as president, treasurer and board member of various railroads, banks and municipal posts. He was a major investor or had claims on over one hundred mines and nine railroads.

In the era after the Civil War railroads drove the economy. Colorado was bypassed when the transcontinental railroad chose a route to the north. Territorial governor John Evans said, “Colorado without railroads is comparatively worthless.” Moffat, who held the office of Denver Postmaster and a territorial Adjunct General, got together local and eastern investors to bring railroads to the state. The Denver, South Park & Pacific RR,  Denver & New Orleans RR, Denver Tramway, Manitou & Pikes Peak RR, Denver & Rio Grande RR, Creede Branch Line, and the Denver Northwestern & Pacific RR were all solely or to a great degree spearheaded by David Moffat. Despite every effort to put Denver on a transcontinental railroad circuit it did not happen until 1928, seventeen years after his death.

Moffat, Colorado was founded in 1890 by the San Luis Valley Town and Improvement Company. It attracted many settlers as a major shipping point on the Denver and Rio Grande Western RR, a project of David Moffat. From 1800-1900 towns like Moffat and Villa Grove were shipping hubs for the rich mining districts of Bonanza, Liberty, Orient, and Crestone. Ranchers used the rail hub of Moffat to move their livestock in a timely fashion east to slaughter houses and dinner tables.  The quiet town we know today makes it difficult to imagine the busy berg of over 2000 where a nine-piece brass band greeted trains, the stockyards were huge and narrow gauge trains rolled in from rich mining towns to the east and west. Then Moffat was known as the Queen City of the northern valley. The town in fact came in second to Denver as a choice for the state capitol.  The stockyards there were the second busiest in Colorado.

In 1910 the Oklahoma Land and Colonization Company bought up Moffat town lots from the San Luis Town and Improvement Company. The lots and larger tracts were sold off by lottery with tickets going for $200 each. Winning tickets won lots and tracts, some developed and some not. By 1911 Moffat had over thirty businesses. The advent of refrigerated train cars allowed even more meat and produce, servicing larger markets, to leave the valley. This prosperity came with the railroad envisioned by David Halliday Moffat. 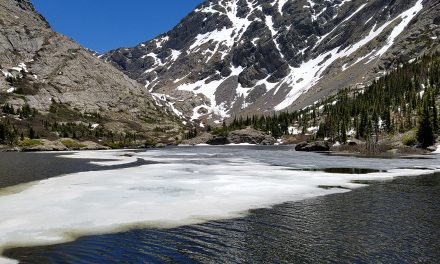 One month of mystery in the Maha Kumbha Mela

Solstice celebrations in the Southwest