The group, Citizens for Fair Government, which is seeking the recall of County Clerk Melinda Myers, has collected and submitted 816 signatures, which they contend is more than their goal of 650 valid registered voters’ signatures, the number needed to force a recall election of County Clerk Myers. At press time, those signatures were still being verified. A protest of the petitions was filed, and the Designated Election Official (DEO), in this case County Treasurer Connie Trujillo, established a hearing date on Friday, October 28 at 8:30am in the County courtroom. According to County Attorney Ben Gibbons, following that is a 30-day deadline for protests to be filed. The DEO will then make a determination regarding the protested signatures, and if protestors are still not satisfied, they can file a further protest with the District Court.

There are some determined protesters. Bill McClure, a former County Commissioner and Center resident, is vetting the petitions, and claims that 27 of the 40 should be disallowed. Emotions are running so high over this issue that McClure has been served with a temporary protective order alleging physical and possible sexual assault against Center Post-Dispatch reporter Teresa Benns. The incident occurred on October 12 at the Courthouse. According to Benns’ report to the Valley Courier, she simply snapped a photo of McClure as he was examining signatures on the petitions. ” Benns said, “He rushed me and pinned me to the wall so tightly that I couldn’t move; I felt violated.” The matter is being investigated. A further quote in the Valley Courier of Sheriff Mike Norris states, “there were two individuals involved in this incident, and the DA needs to make the determination if only one party committed the crime(s), or is there liability on the part of both individuals.”

As reported in last month’s Crestone Eagle, much of the work of the recall election will be handled by the El Paso County Clerk’s office, as Saguache County Treasurer Trujillo is not experienced in the running of elections. Saguache County Commissioners are trying to determine how much this election may cost the County. Estimates from El Paso County are very general at this time, but may run between $15,000 and $30,000. This is not including local County expenses. Unforeseen expenses that surfaced last week include a need for a new surveillance system for the Treasurer’s office, as well as a security vault for storing ballots and other election materials. All of this infrastructure is in place in the Clerk’s office, but it cannot be used, because the Clerk cannot have access to the election materials for the recall, since she is the official being recalled.

Clerk Myers is fighting back, however. She contends that investigations by the Attorney General’s office and the Colorado State Grand Jury have found that the election “ ‘substantially complied’ with the provisions of the election code.” She believes that some individuals may have not had all the facts when they signed the recall petition, and that they may wish to withdraw their names. If enough people do that, a recall election will not be necessary. According to announcement from the Committee to Retain Melinda Myers, “If you already signed, and were not properly informed, or did not understand the claims, and would like to withdraw your signature, it is your right to be removed.” 719-256-4773 is the contact number that is given.

Proponents of the recall, in the meantime, are recruiting candidates to fill Myer’s position if the recall is successful. Candidates will be placed on the same ballot. The recall team has asked for a polling place election and that the votes be counted by hand, rather than by the voting machine that counted the votes in last November’s election.

In the meantime, Clerk Myers reports she has made efforts to upgrade the training for herself and her staff on the ES&S M650 central count optical scanner, as well as other election procedures. The Clerk’s office was closed on October 19 for the purpose of reviewing and refining procedures before the up-coming election. 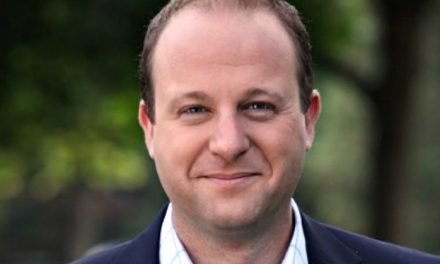 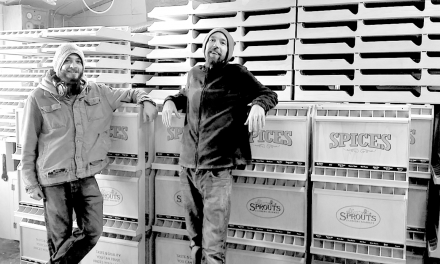 Blue Earth Designs: A touch of the world economy in Crestone