Settlement Agreement Regarding Lexam Explorations Has Been Reached

Another NEPA process has been scheduled
Alamosa, CO – The US Fish and Wildlife Service (Service), the agency that manages the Baca National Wildlife Refuge (NWR) has reached a settlement agreement with The San Luis Valley Ecosystem Council (SLVEC) and Citizens for SLV Water Protection Coalition (WPC) regarding Toronto based Lexam Explorations, Inc.‟s use of the Baca NWR to explore the privately owned mineral estate underlying the refuge. Under terms of the agreement the Service will withdraw all approvals, authorizations and/or decisions they have issued regarding the company‟s use of the refuge. Additionally, the Service will initiate a new public process in compliance with the National Environmental Policy Act (NEPA) regarding Lexam‟s use of the refuge to explore for minerals.
In 2008, the Service prepared an Environmental Assessment as part of the NEPA process. NEPA is a United States environmental law that requires all Federal governmental agencies to consider the environmental impacts of any proposed federal actions and reasonable alternatives to those actions.
The results of the 2008 NEPA process found that Lexam‟s proposed mineral exploration activities would not have a significant effect on the human environment.
The Service‟s 2008 finding and supporting analysis were challenged in Colorado Federal District Court. As a result of the agreement, the Service will begin a new NEPA process that will analyze the impacts of Lexam‟s two proposed oil and gas exploratory wells. The public will be invited to comment on the scope of the NEPA analysis in coming weeks.    A draft NEPA document concerning the proposed drilling project will be available by Jan. 7, 2011 and a final decision resulting from the NEPA process will be issued1 by April 1, 2011. Opportunities to participate in this new NEPA process will be announced soon.
“The public process has been effective, but much work remains”, says Christine Canaly, Director of the San Luis Valley Ecosystem Council, whose group filed the original challenge in May 2007. “Another NEPA process is expected begin regarding drilling on the refuge, in the
meantime, we are still working with interested parties to have the mineral rights purchased and retired.”
Matthew Crowley, Chairman of WPC believes “this has never been an „us and them‟ situation. It is validating to see environmental law working to uphold the goal of protecting the Baca
National Wildlife Refuge. These are important public lands and we look forward to working with the Service to protect and preserve these unique qualities.”
Michael Blenden, Service Project Leader for Alamosa, Baca and Monte Vista National Wildlife Refuges, is “happy that this episode of litigation is over and eager to restart the environmental analysis with a clean slate.”
The Baca NWR was created by the Great Sand Dunes National Park and Preserve Act of 2000 – a culmination of a decade‟s worth of growing public support in the San Luis Valley and across the State. The complex of public lands, part of which became the Baca Refuge, was purchased for $33 million, with the final appropriation occurring in 2004.
The mission of the U.S. Fish and Wildlife Service is working with others to conserve, protect and enhance fish, wildlife, plants and their habitats for the continuing benefit of the American people. We are both a leader and trusted partner in fish and wildlife conservation, known for our scientific excellence, stewardship of lands and natural resources, dedicated professionals and commitment to public service. For more information on our work and the people who make it happen, visit www.fws.gov.
-FWS- 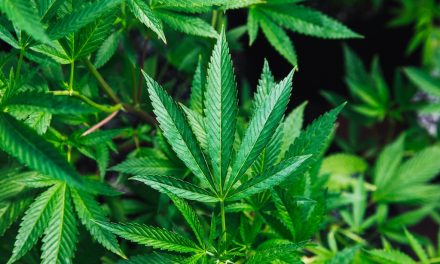 State of marijuana in Saguache County