Redistricting is again at the top of the agenda in the state legislature. “Foul!” cried Ken Salazar, Colorado’s attorney general, filing suit with the state Supreme Court, alleging that lawmakers did not have the right to redraw district lines established last year by a district judge. Republicans, who pushed it through the Legislature in mid-May, forged the new map. Democrats did not vote on the bill in protest.

The law, signed by GOP Gov. Bill Owens, solidifies Republican strength in the 7th Congressional District in the north and west Denver suburbs, as well as the 3rd District on the Western Slope. It also strengthens the Democrats’ strong majorities in the 1st District in Denver and the 2nd District in Boulder. Basically, the Congressional boundaries have changed to strengthen Bob Beauprez (R-Colorado) who won the newly created Seventh Congressional seat by 122 votes.

Generally, it is an agreed upon rule, that redistricting of electoral boundaries is carried out every ten years after the national census is completed. Carried out in the spirit of partisan politics, gerrymandering—as the process is called—is the redrawing of electoral boundaries to favor the sitting incumbent. It has nothing to do with fairness, but it is a convenient corruption of the democratic process.

Neither party can claim the moral high ground here, if one looks at the boundaries of a closely contested seat, you will see how the line often zigzags to include a community here or excludes a community there, depending on how the community voted as a block.

Politicians always argue that it is a matter of numbers, and that it is the law or court decisions which make those ‘zigzagging’ lines necessary. This is the reason why Crestone was placed in a state electoral district, District 60, even though it has little connection with the other cities (Pueblo) and counties also included. Our representative, the erstwhile Republican speaker in the legislature, Lola Spradley, lives in Beulah, and her visits to Crestone during her current term are likely to be as rare as hen’s teeth.

The rumor last year was that Ms. Spradley wanted the soon-to-be Great Sand Dunes National Park in her purview, which may be the reason why our protests about being cut out of District 62—which includes the six counties the San Luis Valley plus a bit of Huerfano County on the other side of La Veta Pass—fell on deaf ears.

Salazar’s lawsuit named Secretary of State Donetta Davidson. He asked the court to bar her from enforcing the new map. The justices ordered Davidson to respond before June 16 and gave Salazar 30 days from receipt of her answer to reply.

However, Colorado is not the only state pushing revised Congressional boundaries one year after the process was carried out.

Texas, pushed by US Senator Tom Daley (R-Texas) and White House Chief of Staff Karl Rove, had a similar measure before the state house. Democrats, outraged by the travesty, bolted for the state line in one of the funniest political episodes in many years. Embarrassed, the Republicans called out the Texas Rangers to arrest and detain the scalawags before they crossed into New Mexico and Oklahoma, so they could be brought back to Austin to vote on the bill. The effort was to no avail; the legislators crossed the state line and were photographed outside their respective hotels with grins from ear to ear on their faces.

That is a true story. Sigh, only in Texas. 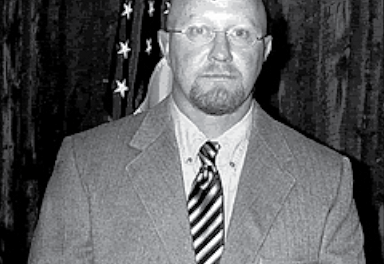