Tornado hits above Crestone (May 2005)

On Sunday, April 24, at around 5:15pm, Crestone had its first ever sighting of a tornado, which hit the small mountain just above the town at about 8700 feet. There were no reported property damages or injuries from this tornado.

As we go to press, the National Weather Service office in Pueblo was still investigating this as a “possible tornado”. However, as this writer is a trained weather spotter for the weather service, and after viewing a video of the funnel cloud which shows the funnel in the trees on the mountain side, there is no question at that point it was a tornado.

The storm hit some parts of town with one-half-inch size hailstones and left up to an inch of hail on the ground by the time it ended. Yet at some locations, like over in the Grants, there wasn’t any hail or rain reported from the storm at all, and downtown Crestone only received pea size hail and sleet.

Several photos of the funnel, along with the video, were taken by Crestone resident Jeanne Sullivan. “The funnel was spinning real fast, and I tracked it for more than 5 minutes.” said Sullivan. She adds, “When the rotation started, it pulled the two large sprawling cloud masses together from the Sand Dunes and from the Valley, and they assembled above the tree line.”

Although tornadoes are rare in this part of Colorado, the San Luis Valley has already reported two others so far this year. In the past, the closest report of a tornado near Crestone was one that touched down across the Valley, just south of Saguache, in the late 1990s. That twister caused minor damage.

Most residents who witnessed the funnel didn’t realize what they were seeing. “I remember looking straight up at that cloud,” says Kizzen Laki as she viewed one of the photos for the first time. Laki adds that she never noticed the funnel. Others noted seeing the strange looking clouds within the storm. “They were spinning in a large, loose spiral,” says John Tembrock. According to Steve Hodanish, a meteorologist at the Pueblo weather office, these kinds of sightings are common when tornadoes hit, as some tornados don’t even have visible funnels. Marty Coniglio, meteorologist for 9NEWS in Denver who reported on TV about this tornado, felt that what hit Crestone was a rare cold air funnel tornado. Since the air temperature was only 42° at the time the storm hit, more than likely, that was what this funnel was.

Baca POA considers a cell tower—Improved communication at what cost? Part I 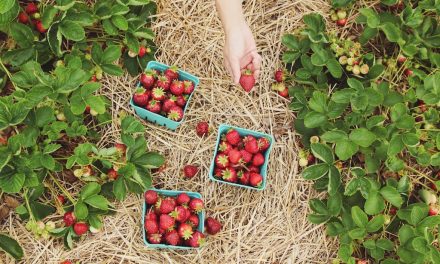