Who We Are – Tilly Reed: Working for humanity, coming home

Here’s some hard math: Journalists in the small West African country of Liberia earn about $60 a month. A bag of rice costs $40. Someone offers a reporter $10 to print certain “facts” in a story, or to not print the story at all. This is the kind of impossible calculation Crestone resident Tilly Reed and her staff have been trying to counterbalance for the past three years through a USAID-funded program aimed at giving people voice through strengthening Liberia’s media and civil society. The equation is even more complex and difficult when such factors as 14 years of devastating civil war, the world’s second-highest level of poverty and an endemic, society-wide culture of corruption are added in.

Since 2010 Tilly has been headquartered in Liberia’s capitol of Monrovia on the Atlantic coast, working with the international non-profit organization IREX (International Research & Exchanges Board). As chief of party for a program she developed and led, her work there has focused on mentoring, educating and equipping members of Liberia’s media and civil society, with special emphasis on strengthening the participation and voices of women. Some strides have been made, although enormous challenges remain for those who will continue the program.

As for Tilly, who turns 66 in July, it’s time to come home—at least for a while. April marked her retirement after decades of service to communities, women, and those working toward self-directed, self-sustaining economic and democratic improvement in such places as the Slovak Republic, Nepal, Bulgaria, Afghanistan and Liberia. Her development efforts over the years have been mainly through IREX, Counterpart International and the Peace Corps. But even earlier, when she worked in the corporate world in the United States, the indomitable, friendly woman who grew up untamed and rootless in Spanish-speaking countries has always extended an empathetic hand to people faced with less equality and greater challenges in life.

The daughter of an American mining engineer, Tilly moved often with her brother and parents among mining camps in Mexico, Guatemala and Peru. She grew up bilingual, independent and mainly homeschooled. When she was 12 her parents sent her to El Paso, Texas to an all-girls finishing school. The experience was a serious shock to a tomboy who was also academically ahead of her classmates and bored. Kicked out at 14 for smoking in the men’s room, she was sent to an El Paso public school, where she was even more, as she says with a smile, “ill behaved.”

Yet growing up outside the United States among many nationalities gave Tilly an unusually broad perspective, especially on issues of social justice and economic opportunity. Later, as manager of a series of five-star hotels, she saw inequality close up. “It got to be eating away at me that we charged $500 a night for a room and we paid the maid $2 to clean it,” she says. So she began hiring people with disabilities or who were socially marginalized—three-quarters of the housekeeping and kitchen staff she hired at the Gunter Hotel in San Antonio were deaf.

Helping others help themselves

After years in hotel management, Tilly went back to school at age 42. She earned a BA, summa cum laude, in Spanish and Spanish education from the University of Texas at Brownsville. While there she developed a program to help displaced homemakers earn a GED, ideally enroll in the university and find a job. After college it was time for the Peace Corps in rural Slovakia and then on to Nepal for three years, first on a personal trek and retreat—by then she was a student of Tibetan Buddhism—and later in a part-time job managing a recreational facility for the US Mission in Kathmandu. With plenty of time on her hands, she began visiting Tibetan monasteries and nunneries. Soon she was raising funds privately through friends back home and helping women in an isolated Tibetan village improve schools, learn basic first aid and set up cultural exchange guest stays. “It was so amazing to just help them see what they wanted and then facilitating the process of how to get it,” she recalls.

With Counterpart International in formerly communist Bulgaria from 2001 to 2005, Tilly was involved in such projects as helping establish local community funds to support development priorities identified by the communities. Although the program was successful and Bulgaria was beautiful, she expressed interest in a more challenging position—and got it, in Afghanistan. Based in Kabul and charged with promoting Afghan civil society and improving the position of women, she quickly realized that giving too much attention to women was counterproductive, since it left Afghan men feeling threatened and marginalized.

Instead, Tilly and her staff focused on “gender and development,” working to help men understand the benefits, for everyone, of women’s participation in decision-making. She watched women on her staff exhibit tremendous courage, gain confidence and blossom. Likewise, the attitude of Afghan male staff members toward women completely changed. After four years, however, conditions in Kabul and around the country began to deteriorate. She and her staff were no longer safe. She was tired and ready to come home for a rest.

Home, by then, was a cozy house built into the foothills outside Crestone, where Tilly had settled on the suggestion of her teacher, Tsoknyi Rinpoche, who is associated with Pundarika Foundation. Now she’s back after three years in Liberia. That assignment—in a country colonized beginning in the 1820s by the deportation of thousands of freed slaves from the United States—was one of the most interesting, and most difficult, of her career. She’ll miss her Liberian colleagues, she says, but will remain available to consult with them on programs into which she has poured heart and soul.

“It takes commitment,” Tilly says of her life’s work. “It’s not a nine to five job; it’s 24/7. It takes a love of humanity and wanting things to be better in the world. I feel so blessed to have had these opportunities.” Then she spreads her arms, a gesture that takes in her home, her dogs, the mountains, valley and community. “I found my roots! I really feel like now I have a home.” 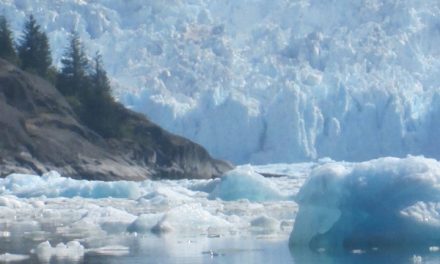